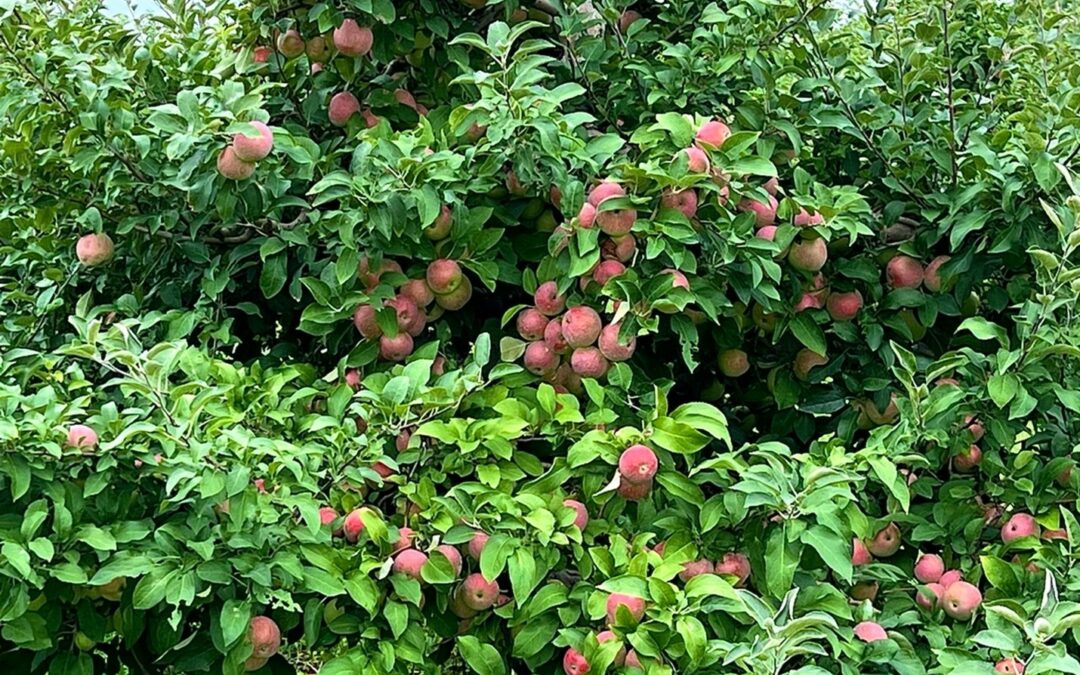 Agritourism is a big thing throughout Illinois’ growing season, with visitors welcomed to places such as flower farms and berry patches. But the draw is greatest in the late summer and early fall when apple orchards and pumpkin patches are at their peak production.

Search for an agribusiness farm near you!

While about nine of 10 Illinois residents today live in cities or suburbs, farms still make up most of the state’s land area. In recent years, many urbanites have sought a greater connection with our farmers by buying local at farmers markets and by traveling to the many farms that welcome visitors.

This trend has made “agritourism” an important contributor to the state’s rural economy and to the financial success of hundreds of individual farms.

Opening a farm to the public enables visitors to buy or pick their own produce right at the source. Some agritourism farms have kitchens to provide food service. There is a range of entertainments, from farms that provide hayrides, play areas for children and animal petting spaces to others that build elaborate mazes in their harvested fields. And some go all in with carnival-style rides, slides, and games. Curran’s Orchard, on the western outskirts of Rockford in northern Illinois, draws visitors with pick-your-own apples and pumpkins. 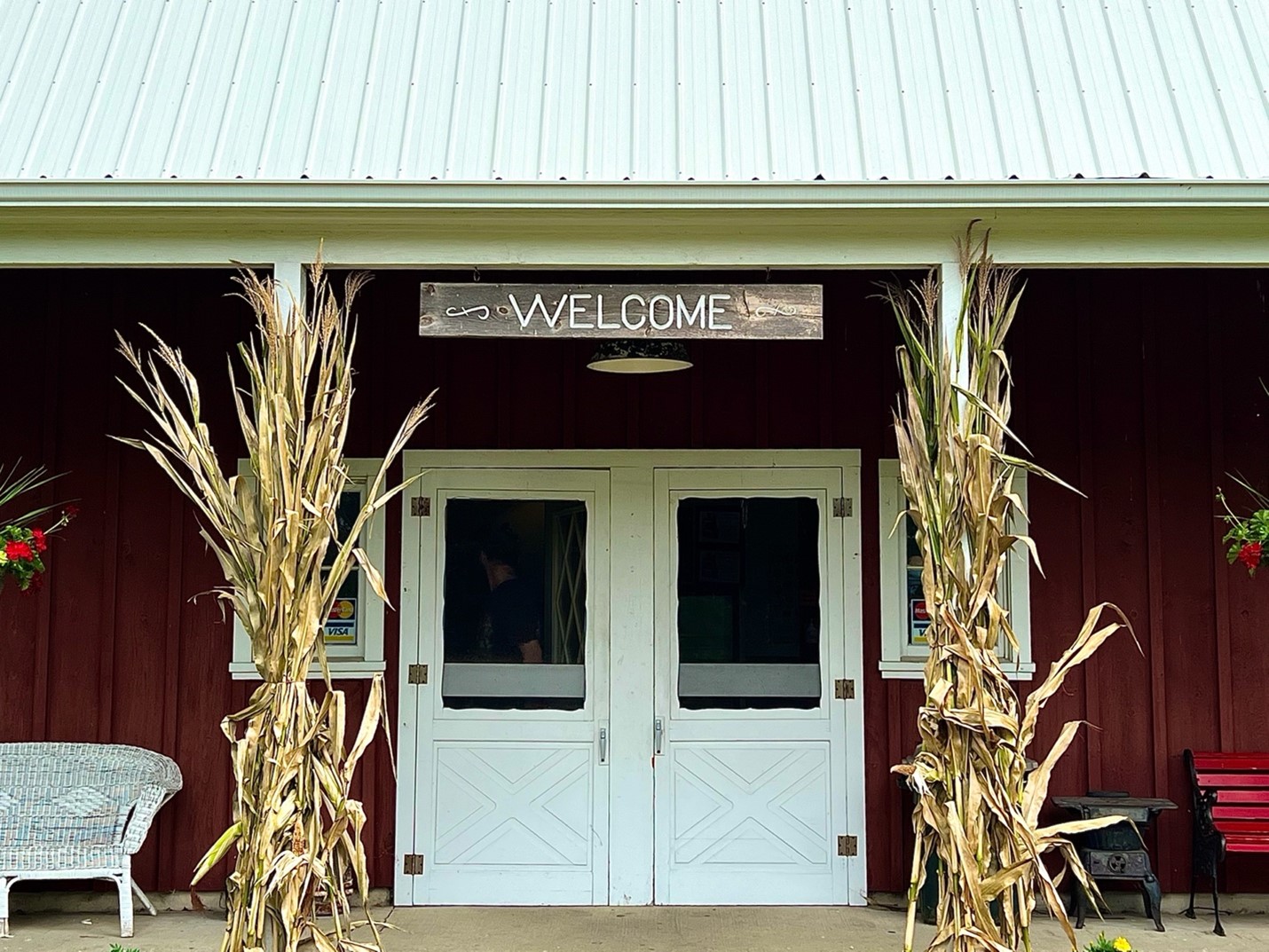 The morning of August 25 was a quiet one at Curran’s Orchard, an agritourism farm on the rural outskirts of Rockford that will soon draw carloads and busloads of visitors eager to pick their own apples and pumpkins. There was hardly a hint of autumn in the air, with temperatures near 80 and humidity unabated by morning rains.

But the trees in the orchard, weighted heavily with a bumper crop of nearly ripe apples, left no doubt that fall, and the farm’s peak agritourism season, is just around the corner.

Pat Curran — who planted his first apple trees in 1983 as a side business and went all in on farming 10 years later — said this is his best growing season in five years. “We didn’t have that prolonged drought that we had in the last two years, so that worked out good,” Pat said as we sat at a picnic table near a small grove of cherry trees that were picked clean of this year’s crop. 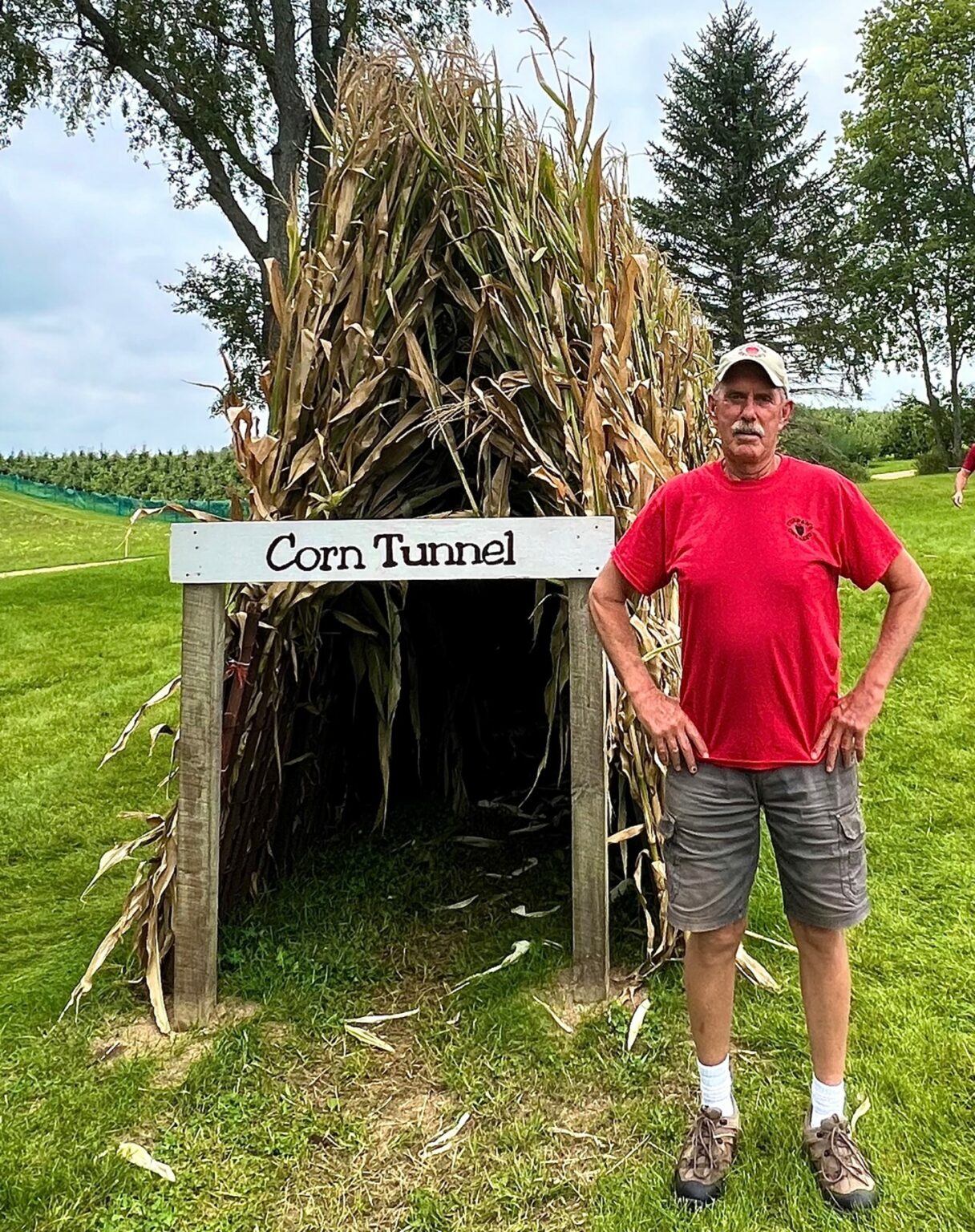 Farmer Pat Curran stands next to one of his attractions for the smaller guests on his farm — a corn tunnel made out of dried corn stalks.

Pat related that he had some acquaintance with fruit growing from his youth, as he pruned and sprayed cherry and apple trees in a small orchard his mother had planted at their Lake Geneva, Wisconsin home. But like many first-time Illinois farmers, he had a completely different first career, as an aerospace engineer. After facing a series of layoffs during a sharp aerospace industry downturn in the early 1990s, Pat decided to make farming his full-time occupation.

While some agritourism farms offer entertainment and a carnival-like atmosphere to try to draw in visitors from more urban areas, Curran’s Orchard takes a lowkey approach that focuses almost entirely on the farm and food experience. Customers enter through a visitors’ center with a country store vibe, where they can buy the farm’s products and grab a quick meal, truly delicious apple donuts and pies, and caramel apples that have their own fan club.

Immediately outside the center are games aimed at the younger set, such as a mini-maze made of straw bales and a “corn tunnel” surrounded by dried corn stalks. The farm’s flock of egg-laying chickens free-ranges the grounds pecking on the grass; goats, a couple of small pigs and more chickens are behind fences in a barnyard setting. During the peak season, there are hay wagon rides.

“If you look around our setup here, it’s all agriculture related,” Pat said. “No bouncy balls and bouncy houses here, none of that stuff. It’s all aimed at ag. This is the only glimpse some people ever get of agriculture.”

Given that there are now so many choices for people looking for farms to visit on a day in the country, I came prepared to ask him what is the big reason for folks to visit Curran’s. I didn’t have to because Pat launched right into it near the start of our conversation — and it has all to do with his sustainable growing practices.

He said the farm sprays much less fungicide and pesticide than most orchards do. “There’s a maximum and a minimum that the university extension people suggested we do and the label tells you what you can do. And we just spray a fraction of that. I don’t know of another orchard that’s crazy enough to spray the way we do,” said Pat, who proceeded with several anecdotes of customers who said they were previously highly allergic to apples but were able to eat those from Curran’s Orchard without a reaction.

He added, “When you spray that light, you’re gonna get imperfections on those, you’re gonna get black spots, we fight fungus more than bugs. And I don’t care. The cull rates are higher here than in a normally run orchard. But I make cider out of those things, I need them for cider.” 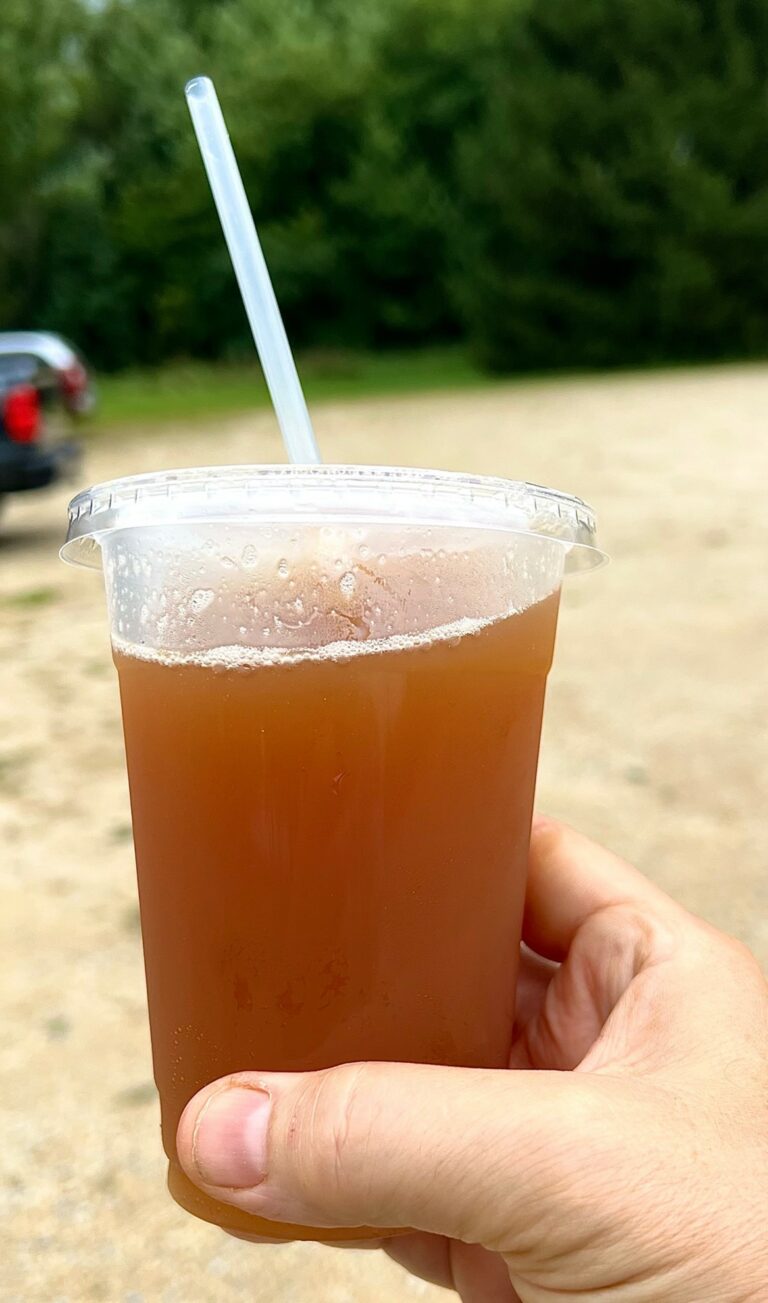 And boy, is Pat proud of that cider, which has won or placed in both national and state sweet cider competitions. (Justifiably proud, based on the cup of cold cider I bought for the road.) The cider is all juice, with no sugar, water or preservatives added.

It is also unpasteurized, which raised eyebrows among state and federal farm agencies. Leaning on his science background, he persuaded them that his safety testing protocol, used on every batch, is the same as that employed by the U.S. Department of Agriculture (though he still had to add a small warning label to his containers).

It’s hard work at any age and Pat has been at it for long enough that his grandson has joined the business. He has his beefs with state taxes and regulations. But he loves his orchards and plans to stay at it for as long as he can.

“You either love the ground or you don’t,” he said. “I’m married to the land.”

Find Agritourism Farms Near You

The following is just a small sample of the agritourism farms that dot the map across Illinois. To find more, please click the button below to access the Buy Fresh Buy Local Illinois Directory.

Search for an agribusiness farm near you!