Not Your Usual Holiday Gift: Surprise Family and Friends with Delicious Food Products (and Learn About Illinois’ New Farm to Market Act) 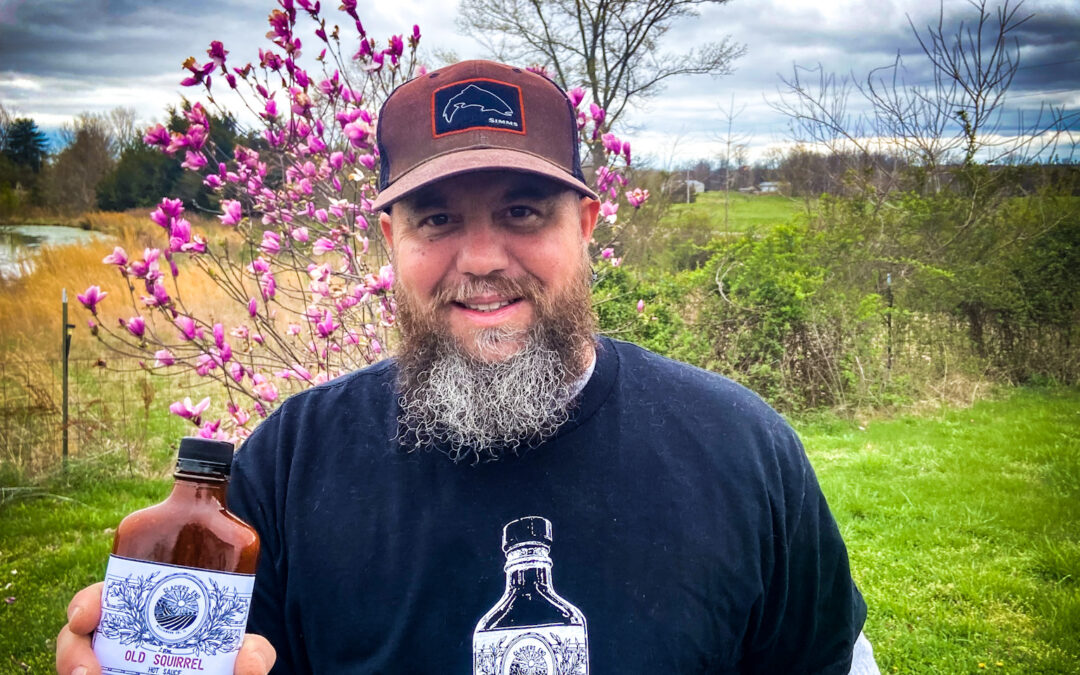 It is holiday gift season. And it is easy for Illinois residents to find and purchase delicious homemade food products to present to family and friends as unique gifts.

That because the state’s new Home to Market Act, enacted in 2021 and effective at the start of this year, made it much easier for home cooks and bakers to sell their delicious creations —including jams, jellies, pickles, hot sauces and barbecue sauces, baked goods and more — directly to consumers. These products can now be purchased online or at any venue, including farmers markets. They also can be shipped anywhere within the state of Illinois (though interstate sales are prohibited).

Consumers have many more opportunities to try products, often made with the freshest local ingredients, that are new and delectable — you might find some new favorites that will make you a regular customer. And how cool is it to give a gift of food products made by family farms or in the home kitchens of cooks and bakers who might just turn out to be culinary rising stars?

But taste and varieties are not the only reasons to buy cottage food. Whenever you buy local food, you are helping local farmers and their families and helping build a stronger and more resilient local food economy. The wider availability of homemade food products is a major new avenue for home cooks and bakers to make money whether they are farmers turning their crops into value-added products, talented home cooks making much-needed income, or would-be entrepreneurs test-marketing possible commercial products.

If you are a farmers market fan, chances are you’ve seen or even bought jams or pies or other homemade food products, even if you’ve never heard the term “cottage food.” If this is off-season for your local farmers market, check with your favorite farmers online to see if their products are available through ecommerce.

And don’t forget that under the new law, cottage food producers can sell anywhere, not just farmers markets, as long as it is the owner, a family member or an employee making the transaction. And of course, you can use the Buy Fresh Buy Local Illinois’ directory — type “Cottage Food” into the search bar — and you will find dozens of producers of homemade food products that are now more readily available for purchase.

How can you be sure that a product is made by a registered cottage food maker? Each cottage food products must contain the following verbiage: “This product was produced in a home kitchen not subject to public health inspection that may also process common food allergens.” The labels also must include business name, product name, ingredients, allergens, county name, date produced and permit number.

And if you are a producer interested in starting a cottage food business under the Home to Market Act, click here to access the Illinois 2022 Cottage Food Guide, published by the Illinois Department of Public Health, which provides all the details about current cottage food rules and regulations in an easy-to-follow format. It’s important to note that only low-risk food products are allowed under the Act, and that cottage food makers must but registered with local authorities.

The following article presents the benefits of the Cottage Food law through the eyes of two producers: Libby Ervin of Glacier’s End Farm in Johnston City (southern Illinois) and Kelly Lay of Meadow Lane Farm in Le Roy (central Illinois), whose day job is as Local Foods Program Manager at The Land Connection non-profit. Lay also played a lead role in creating the Illinois 2002 Cottage Food Guide referenced above. 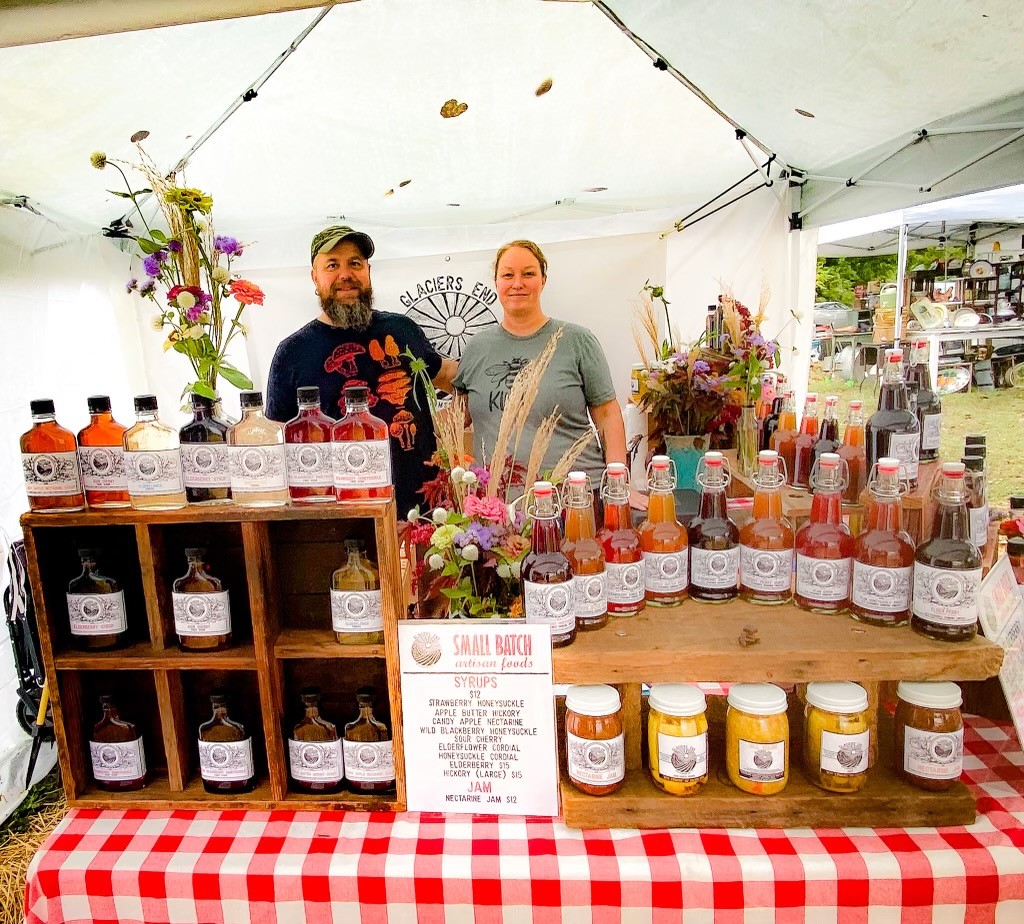 Libby and Derek Ervin met and married when they lived in Chicago. But both were raised in the southern part of our region (Derek in Illinois, Libby in Indiana), and the opportunity to take over and develop Derek’s grandfather farm in Johnston City, near Marion and Carbondale, prompted what Libby Ervin calls their “Green Acres moment” in 2018.

The first-time farmers — they took a Farm Beginnings course from the Food Works nonprofit — determined that the best use for their Glacier’s End farm was to create an orchard. It takes a few years for newly planted trees to bear fruit, though. The couple had participated in a cottage food field trip presented by Illinois Stewardship Alliance, and the idea of selling homemade food products appealed to them.

Her husband had fond memories of his family’s homemade pickles, so that product became a top priority. The Ervins also explored their property to see what kind of native plants could be turned into cottage food products. “We found we already had elderberry,” Ervin said. “We have sumac, we have honeysuckle, we had hickory. So, at our first farmers market that we ever did, which was the Carbondale winter market in 2018, we had pickles, we did apple butter, and hickory syrup.”

Currently, Glacier’s End products can be purchased online via the LEAF Food Hub and in season at farmers markets in Carbondale, Marion and O’Fallon. But soon, Glacier’s End will prove another thing about cottage food: If you are good enough at it, you may outgrow being a cottage food vendor. The Ervins have rented a storefront in Marion that has a commercial kitchen (it formerly was a restaurant) that will likely be open sometime in December. “Then we will no longer be cottage food,” Libby Ervin said. “But that kind of expands what we can do.” Cottage food is often a stepping stone to a brick and mortar store and expanded production and business. 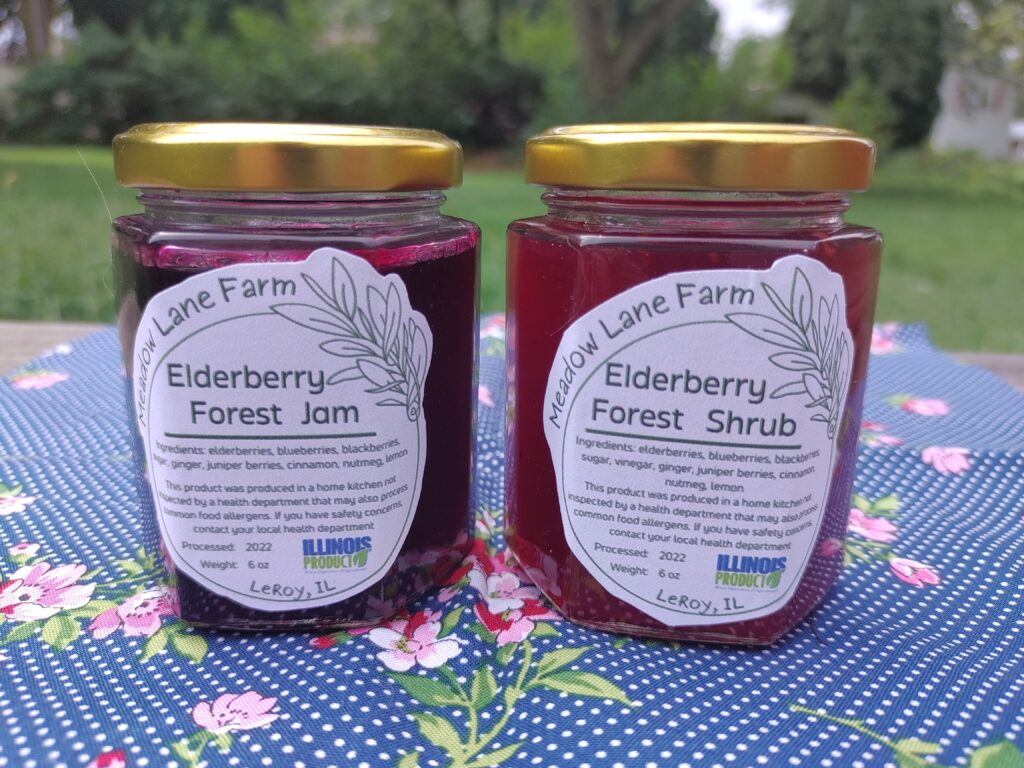 Kelly Lay’s father was in the Air Force and her family moved around the country. But her family has deep roots in the soil of northwest Illinois and Lay said her great-grandfather was a butcher and market gardener who helped out needier neighbors during the Great Depression.

Lay first learned about growing food in the gardens that her mother created wherever they lived. Her mom ultimately spent years as a food inspector and eventually Health Department Administrator for Bureau, Putnam and Woodford counties. Lay lives today in the small city of Le Roy in McLean County, within easy driving distance of her parents’ home.

Lay’s first career was in sales of home improvements. Along the way, she became an ace baker and decided she would try to sell some of her baked goods. She did not know that this was in violation of Illinois’ then-existing cottage food law until a helpful woman cautioned her to stop advertising her products on Facebook. “By extension, I discovered all the other things I’ve been doing that I wasn’t supposed to do, like making and selling hot sauce to my friends,” Lay said.

At the same time, Lay became more focused on food and farming, building an organic market garden and spending a year working at PrariErth Farm, in Atlanta, Illinois, before segueing to her current role as Local Foods Manager for the Land Connection, based in Champaign.

Lay now is utilizing the cottage food opportunity to stand out with some creations that aren’t the same old, same old — bourbon peach jam, spruce rhubarb syrup and candied pine cones, for example.

“I’m a huge nerd when it comes to any sort of gardening,” Lay said. “I especially love peppers, so I grow like 50-plus different varieties of peppers every year. All different culinary ones.”

“I discovered that people actually really do love all those weird things that I make that are like very rural specialty stuff, spruce tips and candied pine cones and all that sort of crazy stuff,” Lay said. And as she builds out her cottage food business, she also recently rebranded her expanding market garden as Meadow Lane Farm.

You can find some of Lay’s seasonally available products on her Meadow Lane Farm IL Facebook page. Otherwise you may have to wait a bit to get your hands on Lay’s “weird things.” She still primarily sells her products at the Downtown Bloomington Farmers Market, where she largely sold out for the year. She said her focus right now is really promoting other cottage food producers and on the overall local farming community through her work with The Land Connection.

Find Cottage Farm Producers Near You